Neither of us had any kind of self-defense training. He cornered us quickly and used

My friend had an abusive boyfriend. We both knew he was an abusive sociopath, but of course being his girlfriend, this was something that she was in denial about for a long time. Finally, she couldn’t deny it anymore and tried to leave him.

He beat the crap out of her. She managed to get away from him, and drove the short distance to my house to be safe. My house wasn’t safe, though. He followed her, kicked through the glass on the french doors, and unlocked the bolt from the inside.

I wish I could say that either of us made a valorous stand against him, but we didn’t. She had already gone a few rounds with him and neither of us had any kind of self-defense training. He cornered us quickly and used his fists and my scarves to subdue us. He told us what he was going to do to us both (not going to repeat it) and I had pretty much resigned myself to it, too beaten to fight and for whatever reason, it wasn’t in me to beg, either. I just went cold and numb. I couldn’t even feel the physical hurt. Mentally, I just…left.

That’s when Camie, my pit/lab mix finally broke through the remainder of the french doors and came barreling into the room. Now, Camie is a sweet, loving, goofy dog. She was as gentle as can be with all of the neighborhood kids and had never so much as snarled. She was even kinda dumb…a silly, sweet girl.

But when Camie got a hold of this guy, she was a different animal. She was wild-eyed and foaming at the mouth, bleeding from all of the cuts she’d gotten from the glass and not giving a damn. She was on top of him in the blink of an eye, and I can’t even describe the sound coming out of her. I counted down in my head until the moment when she ripped that man’s face off.

It never happened. The sound of the garage door opening froze us all in place. My father was home. The guy tried to take advantage of the moment and get away from her but Camie backed him into a corner and barked and snarled her head off. My dad must have understood something about that sound because he was in that room in no time flat, with gun in hand.

The police came. Reports were filed. The trial was held, and he went away. Apparently this wasn’t even his first assault.

Camie’s cuts healed, and so did ours. We no longer have french doors.

She’s an old girl now. An old, sweet, loving girl. Her mind is starting to go, and so are her hind legs. She may not remember what she did for me (and my friend), but I won’t forget. She may be nearing the end of her days, but I will never see a weak, useless old dog. She’s my dog. I don’t know what all my friend’s crazy boyfriend might have done. I don’t even know what I owe her, and that’s the beauty of it. 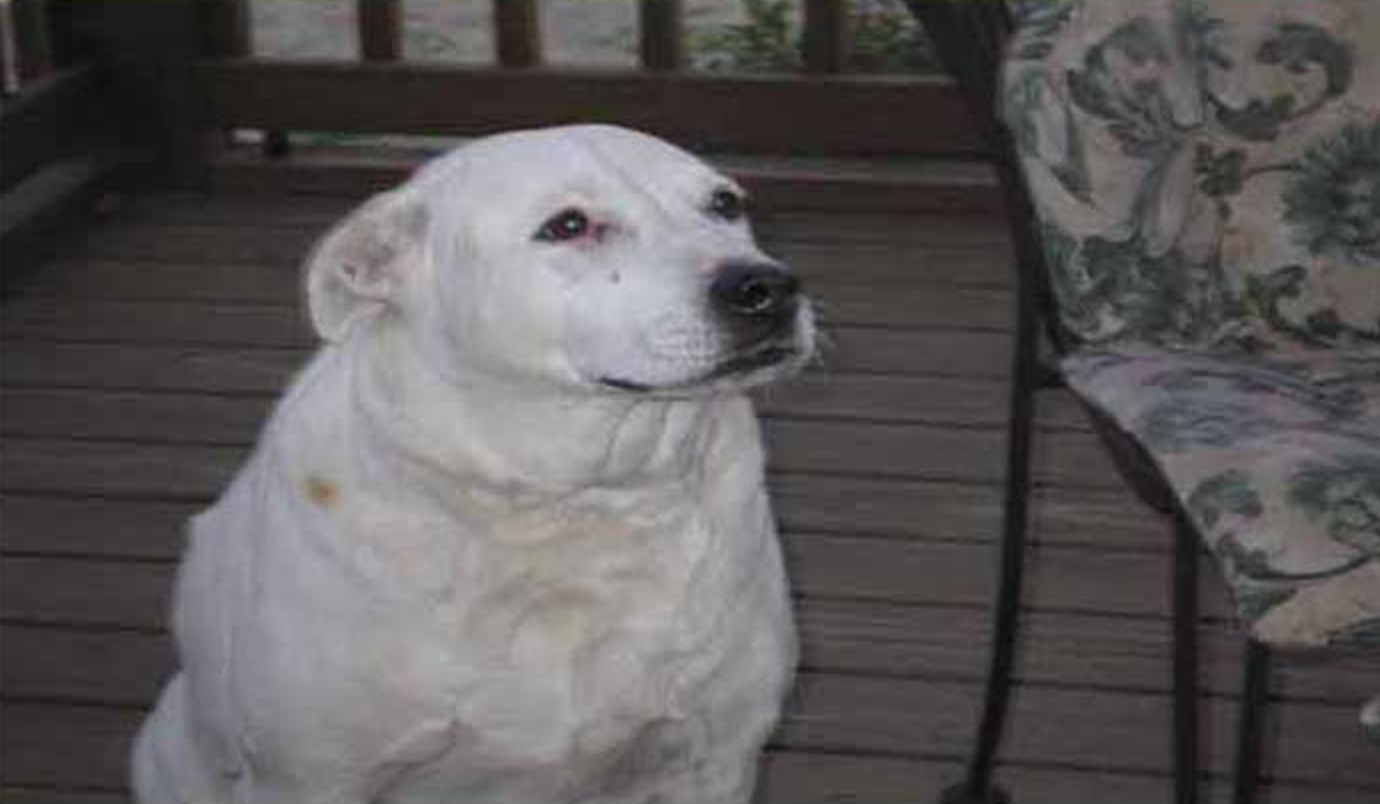 ‘Bad idea’: Florida Man tries to steal from Walmart during Shop with a Cop event

Parents Send Son To Catholic School To Get Better At Math. Then This Happens.